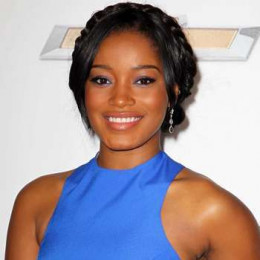 The American actress, singer, songwriter, presenter and television personality Keke Palmer started her career since 2002. She is the daughter of Larry Palmer and Sharon Palmer who are the former actors. She released her first debut album in 2007. Her largest movie role was in Akeelah and The Bee which was highly praised by the critics. Keke is a talented lady who has given her stage performance at the age of 9.

Keke Palmer is in a romantic relationship with her boyfriend, Elvin Jackson since Jan 2018.

Keke Palmer holds an estimated net worth of $7.5 million.

Keke Palmer was born on August 26, 1993, in Harvey, Illinois, the U.S. to Sharon Palmer and Larry Palmer.

She has won many awards. Comparing to her age it’s a great achievement for her to come through this all. Palmer is much interested in the acting field too so she has continued to maintain a full-time acting schedule. Her versatility in acting and singing is sure of gracing her bigger stages and screens in the coming years.