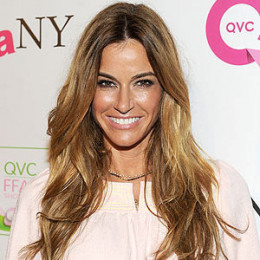 She is a model, entrepreneur, TV personality and former editor of Elle Accessories, whose birth name is Kelly Jean Killoren. She is known for her portrayal on the Bravo TV series The Real Housewives of New York City. As a model, she has appeared in magazines such as Harper's Bazaar, Cosmopolitan, Elle and was once the face of Clarins. In 1998, she graduated with a degree in Literature and Writing from Columbia University's School of General Studies.

Moving towards her personal life, she once was a married woman but after divorce with her first husband she hasn't married anyone yet. Her first marriage was with a fashion photographer with whom she has raised two beautiful daughters. The two enjoyed their marital relationship for almost 10 years. She has dated few men in her past days but currently is single.

He is the first husband of Bensimon, who is a professional fashion photographer. The two stayed as husband and wife for almost 10 years.

She is the first child of Bensimon, who was born in the year 1998.

She is the youngest daughter of Bensimon, who was born healthy and safe in 2000.