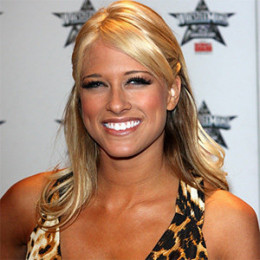 Kelly Kelly’s marital status is married. Kelly has an affair with wrestler Andrew Martin in a two-and-a-half year relationship it ended to his death in March 2009. She is a former wife of Sheldon Souray. She is the youngest WWE roster.She won Stammy Award for Divalicious Moment in 2011. She is the cast member of the E!reality television series named Wages.