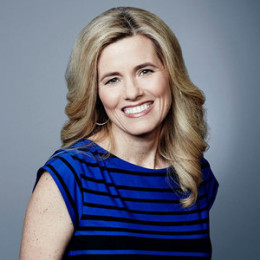 Kelly Wallace is a renowned TV journalist, anchor, TV presenter and reporter from United States. She is mainly popular these days as the reporter of CNN. She earned Bachelor of Science degree in Economics from Wharton School of Business. She started her career from CNN in 1990, as a producer. Later on she moved to KRQE in New Mexico and got offer from Fox News and went to work back to New York accepting the offer. In 2000, Wallance returned to CNN and worked their before she departed to CBS News in 2007.

Talking about her personal life, she is currently married Matt Saal with whom she had been in a relationship for several years before tying the knot. Her husband Matt Saal currently serves in Bloomberg Television as an executive producer and he also has experience of working as a producer in MSNBC. The couple has two daughters and is living happily in the Upper West Side of Manhattan in New York City.

Kelly has been bonded into a married life with Matt Saal. He is a television producer. He works for MSNBC's The Rachel Maddow Show.