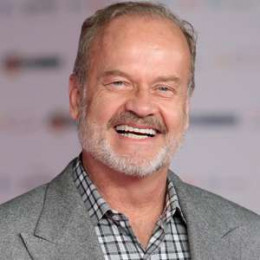 Actor, director, writer and producer Kelsey Grammer is perhaps best known for his role as Dr. Frasier Crane in the sitcom Cheers and its spin-off Frasier. Kelsey made his career debut in 1982 from the play Macbeth, where he played the character of Lennox. Grammar has also been featured in many other plays and dramas and got the chance to present his acting skills in the movies like X-Men: The Last Stand, An American Carol, X-Men: Days of Future Past, Transformers: Age of Extinction and much more.

Kelsey Grammer has been married for four times and yet none of them had succeeded. Currently, he is married to Kayte Walsh since 2011 and currently lives with her in Manhattan. Kelsey has six children and one grandchild from his daughter Jude Gordon Grammer. Although Grammer married life is not as successful as his career he is now in a sustained relationship. Now Kelsey has turned old by his age and hope he will now not get any detachment and involvement in any kind of relationships.

Kelsey was married for the first time with dance instructor Doreen Alderman in 1982. And after being together for six years together, they separated their way in 1990.

After Kelsey divorce with his first wife Doreen, he started dating Leigh-Anne Csuhany. Grammar got married for second time in 1992 with Leigh, which did not last for more than one year.

As his third marriage, Kelsey married to an American television personality Camille Grammer in 1997, with who he shared a relation for a long time i.e. about 14 years.

Currently, Kelsey is married to Kayte Walsh with whom he got married in 2011. He currently lives with Katye in Manhattan. Kelsey has total six children and one grandchild from her daughter Jude Gordon Grammer.

Spencer Karen Grammer is an American actress best known for her roles as Summer Smith on the Adult Swim animated sci-fi series "Rick".

Kandace Greer Grammer is an American actress and former beauty queen. She is best known for her role as Lissa Miller in the hit MTV series "Awkward".

Mason is the third child of Kelsey with his third wife Camille Donatacci but was born to surrogate mother.

Jude is the fourth child of Kelsey and second child with Camille. Like his sister Mason, Jude was also born to surrogate mother.

Faith is the fifth child of Kelsey and first with kelsey third wife Kayte. Before Faith, this couple was having a baby which Walsh miscarried six weeks earlier. Faith was born after this couple married. Faiths’ expected twin brother died in utero.

Kelsey is second child of Kelsey and Kayte and sixth of Kelsey.