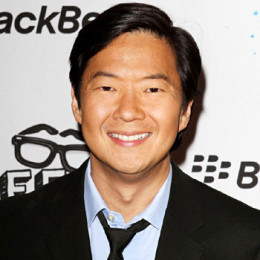 Dr. Kendrick Kang-Joh Jeong aka "Ken Jeong", is an actor, comedian and former physician. He is widely known for his roles as gangster Leslie Chow in The Hangover Trilogy and Ben Chang on the NBC/Yahoo! sitcom Community. Currently, he is busy in his new project Dr.Ken, where he is playing the lead role. In 1995, he earned his M.D. degree from the University of North Carolina at Chapel Hill. He was born to South Korean immigrants, Young Jeong and D.K. Jeong.

Moving on to his personal life, he is a married man. His wife is a doctor with whom he has been enjoying his marriage since 2004. The couple is blessed with two twin daughters. The two have a great chemistry with one another and their marital relation is going on way too good so there is no point of them going to get a divorce. Actually his wife is the main reason he entered to the film industry, as she encouraged him to do acting.

She is the one and only beloved wife of Ken, who is a Vietnamese American, a family physician.

She is the daughter of Ken, who these days is busy attending her school.