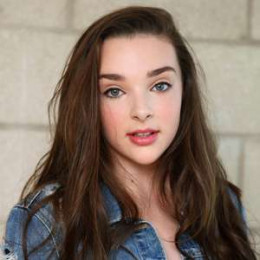 Kendall Vertes is a Jazz, lyrical, and modern dancer. Vertes and her mother, Jill, have been cast members on Dance Moms since its second season. From 2012 on, Vertes has studied dance under Abby Lee Miller as part of the Abby Lee Dance Company elite junior competition team. Kendall began to pursue a singing career in early 2015 and announced her debut single, "Wear 'Em Out".

Kendall Vertes' song "Wear 'Em Out" was released on April 21, 2015. The music video for "Wear 'Em Out" was premiered during an episode of Dance Moms on June 9, 2015. She is too young to have affairs and relationships. She is not only a good dancer but also a singer with millions of fans with her. At this age, she has good fame and she is straight forward towards her career. When she grows up, she wants to be on Broadway or wants to be a dentist.