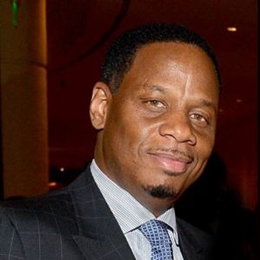 If you are a fan of Mary J. Blige and you followed her life, then you must surely know Kendu Issacs. Kendu Isaacs recently made headlines, and he's also ex-husband to Blige.

Kendu Isaacs and actress Mary J Blige tied the knot on December 7, 2003, in Mary's place. Three years prior to their marriage, the two fell in love. It has been reported that Blige was addicted to drugs, sex, and alcohol, and she found comfort in Kendu. 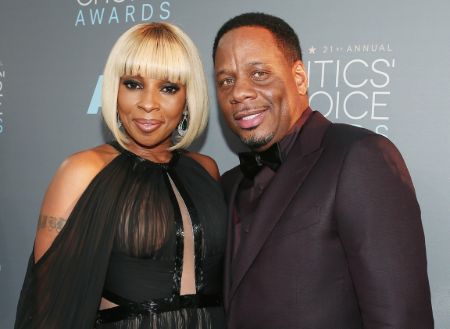 Though they didn't have children, Mary displayed an amicable relation with Isaacs's kids from his previous marriage. Besides, the former couple was spotted in many events and parties at the time they were together.

Why Did Mary Blige File a divorce With Her Husband, Kendu Isaacs?

The R&B singer ended her marriage to Isaacs, citing "irreconcilable differences," after over 12 years of their wedding in July 2016. Their relationship was disrupted after Kendu was linked to singer Starshell, who had been signed under Mary's record label, 'Matriarch Entertainment,' and had served as Kendu's secretary previously. Mary allegedly said her ex-husband had spent over $420,000 on Starshell. Moreover, she added Isaacs was verbally abusive to her. 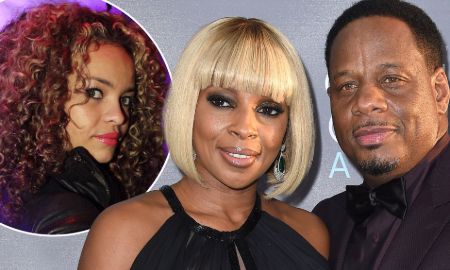 Kendu Isaacs was reported to have an alleged relationship with the singer, Starshell. SOURCE: Daily Mail

Kendu 's lawyer dismissed all Mary's accusations and suggested a settlement outside the court. Kendu, however, demanded the raise of the monthly spousal support from $30,000 to $100,000 per month, which implied that Kendu was dependent on the financial assets of Mary. Kendu had been accused of only marrying Mary for her wealth. He had earned 10 percent of Mary's gross income at the time of their marriage. 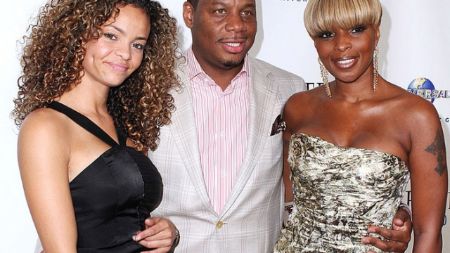 On the other hand, Kendu reportedly stated that Mary was a lesbian, who privately dated Starshell. He further claimed he was unemployed because of Mary. He also demanded that spousal support be raised. Kendu revealed that the divorce had a severe impact on his physical and mental health and eventually landed him in hospital.

It's not the first time; the duo was caught public attention. Back in 2012, Mary reportedly punched Kendu at her record release party at the 'M2 Further' club. Following two years of their legal brawl, Kendu and Mary officially separated on June 21, 2018.

On the other side of their messy divorce and marriage, Kendu also reportedly said that the divorce with Mary J made him suffer from his business badly. But, for Kendu who allegedly cheated on his wife, fans of Mary J were quick to call the music manager a man without morals and shames.

Following their divorce which was finalized in 2018 after two years battle, Blige released her album Strength Of A Woman which was inspired by her marriage with Isaacs. In 2021, it was reported that the rapper had not been paying spousal support to Kendu.

Who was the First Wife of Kendu Isaacs?

The record producer was initially married to a man named Maurine in the early 90s. During their matrimony, the ex-partner gave birth to two children: Nas Isaacs, and Jordan Isaacs. Maurine was also stepmother to Briana Latrise Isaacs, who was born to Kendu from his teenage relationship. Kendu's only daughter Briana came to the spotlight as she appeared in the TV show called Growing up Hip Hop. 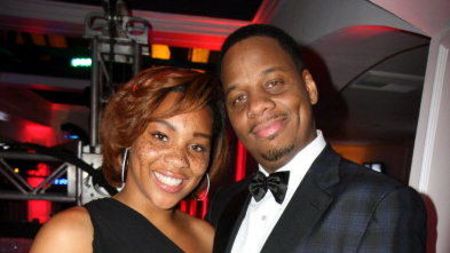 Briana ultimately helped Kendu during the divorce, despite being neglected by him (and Mary) while she was allegedly pregnant and homeless in her teenage days. Now, speaking about his married life with his first spouse, Kendu and Maurine split up after having eight years of a delightful relationship.

The father of three made a career as a producer of songs. He was also the executive producer for the 2013 drama film 'Betty and Coretta,' which starred Mary J Blige, the former wife of Kendu. Apart from this, he appeared as a guest on an episode of the variety comedy talk show 'Ellen: The Ellen DeGeneres Show' in February 2007.

Kendu was appointed as a manager at the artist management company 'K. I. Management' based in Berlin in January 2001. He is now serving as the company's president. Previously, Kendu worked at 'Matriarch Entertainment' from January 2008 till July 2016. Though the celebrity manager has not disclosed his income and net worth to the public, his ex-wife holds a net worth of $20 million as of 2020. As per his claims, Kendu receives decent money as spousal support every month from the soul singer Blige. So, there is no doubt, the 51 years old is living a luxury life with his kids.

Stay in intuned with marriedwiki.com for more Articles, Biographies, and News.

Maurine is the first wife of Kendu. They married in the early 90s and gave birth to three kids.

Mary J Blige is the second wife of Kendu. They had more than 12 years of marriage. The former couple did have any kids.

Briana Latrise Isaacs is the eldest child and the only daughter of Kendu. She is an actor, photographer, and blogger.

Nas Isaacs is the son of Kendu with his first wife, Maurine. However, more information about him is still under wraps.

Jordan Isaacs is the son of Kendu with his first wife, Maurine. However, more information about him is still under wraps.