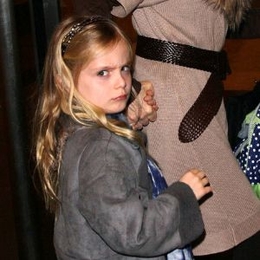 YouTube, Instagram, TikTok, Twitch, are some of the few ways people get attention these days. But there is one other way one can get fame and that is exactly how Kennedy Armstrong got it. This 13-year-old American girl is the child of a famous television personality.

Kennedy Armstrong is the one and only daughter of former "The Real Housewives of Beverly Hills" star Taylor Armstrong and late American investment banker and venture capitalist Russell Armstrong. 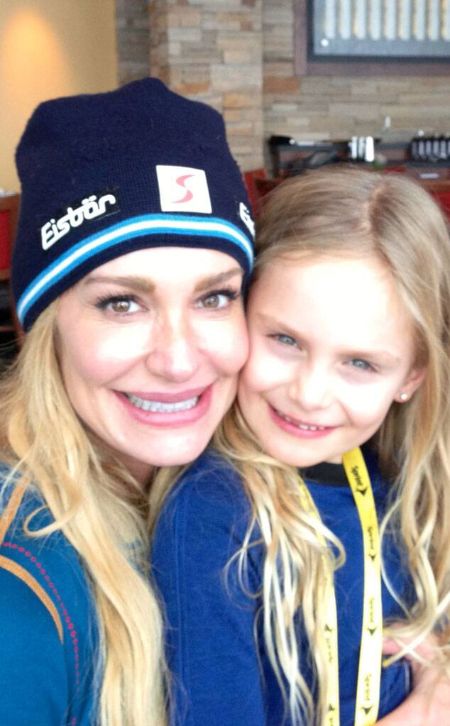 The young lady is currently living with her parents. Little has been learned about her as her celebrity mother tries her best to keep her away from media and public limelight.

Parents Divorce And Taylor Married Someone Else

Her parents first met at a party in 2004 and less than a year later tied the knot in the presence of their close ones on October 27, 2005. On the outside, Russell and Taylor seemed to get along well, and marriage appeared to be going smoothly. But that was not the case.

During the marriage, the television personality revealed she faced a lot of physical and mental abuse but endured all for the sake of her child.

The RHOBH alum said she finally decided to file for divorce from Russell after he fractured her orbital floor, and she had to undergo reconstructive surgery on her right eye. Kennedy was only five years old at that time.
Consequently, both of them announced their separation in July 2011.

On August 15, 2011, Kennedy's father Russell Armstrong was found dead at his home. The cause of death was suicide.

It was on one of the days when Taylor went to meet Russell to discuss the custody of their daughter that she discovered the body of her estranged husband hanging on the ceiling.

Recalling that moment, she said:

"I went to go meet him one day, and his office was dark, and he wasn't there, and he was a workaholic, so it was completely unusual for that to be the case. And I just had this sinking feeling that something terrible had happened."

"And it had never crossed my mind in the past. He was very narcissistic and not someone you would ever think would take their life. But ultimately, I had found him hanging in the house that he had moved into."

At that time, Kennedy was accompanied by her mum's assistant in a car outside her father's home. After that, the relatity star had her nanny take Kennedy home. 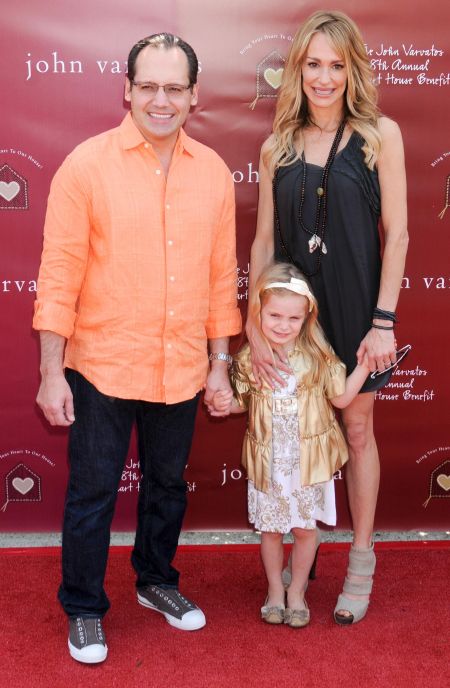 In order to not let her think that people just don't disappear like that, the Couples Therapy star revealed she often brought up her father and asked her if she misses her daddy. In response, the 14-year-old said:

"Mommy, why would you miss a boy that screamed at you all the time?"

The 48-year-old celeb revealed that at that moment, she became emotional and felt like she thought she had done a better job of protecting her. Since that incident, Taylor is working to make a sound environment for Kennedy to live and learn.

After the death of Russell, Taylor found new love and started dating American attorney John Bluher. After dating for a few years, they became engaged.

Not long after that, Taylor decided to get hitched for the second time in her life. The lovely pair also appeared on season four of the reality series, "Couples Therapy," in 2014. On the final episode, Bluher made his desire to adopt Kennedy once they marry. Upon hearing that, Taylor could not help but cry tears of happiness.

Soon after that, the couple walked down the aisle. The wedding ceremony was conducted on the beachside at the Bel-Air Bay Club in Pacific Palisades, California, on April 04, 2014. 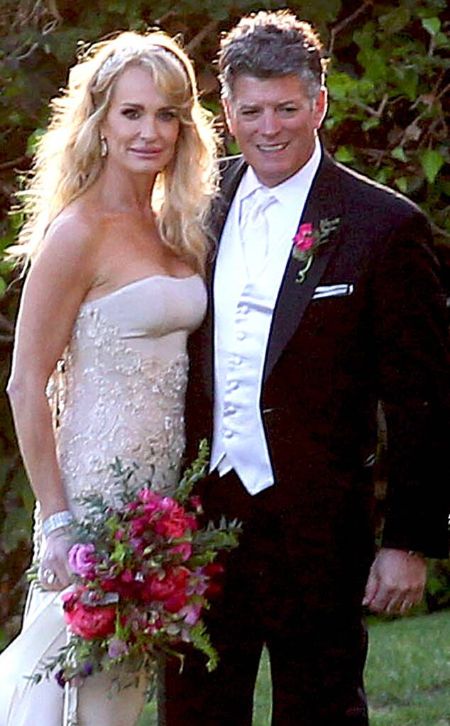 After the completion of the ceremony, the celeb expressed her joy, saying:

"Today, John, Kennedy, and I became a family. I married my best friend, and Kennedy's family circle became complete."

It has been almost six years into their marriage, and thankfully everything seems to be going wonderfully well. Let's hope Kennedy is living a peaceful and happy life with her mother and step-dad.

At just 13 years of age, Kennedy is just a kid; it is obvious that she is not engaged in any profession yet. But as a celebrity kid, she does not need to. Well, at least not for a good couple of years.

Kennedy's mother, Taylor Armstrong, is a well-known American television personality and businesswoman. From her involvement in the business and entertainment field, she holds a net worth of $2.5 million. During her six seasons in the Real Housewives of Beverly Hills, she made $175,000 per season.