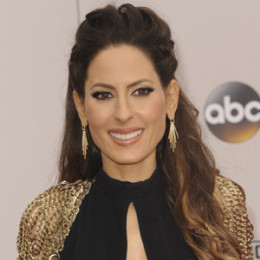 Kerri Kasem is a radio and television personality who gained wide recognition after appearing in the reality show Beg, Burrow. She hosted the nationally syndicated Sixx Sense and The Side Show Countdown With Nikki Sixx. Kasem is in a romantic relationship with actor Jesse Kove. The duo is together since five years now.

Kerri Kasem was born as Carrie Helen Kasem on July 12, 1972, to radio personality Casey Kasem and Linda Myers. She hails from Los Angeles, California. She grew up along with her siblings Mike and Julia.

Kasem is a radio personality. She used to be the co-host of KXNT 840 AM alongside Alan Stock. After leaving the KCNT in 2007, she became the host of the nationally syndicated Six Sense and The Side Show Countdown with Nikki Sixx in 2010 till 2014. She also served in the radio shows like Racing Rocks the National Lampoon Comedy Countdown, The Solomon Free Money Hour, and Pet Talk.

Apart from that, she made her appearance in an ESPN’s reality TV show Beg, Borrow & Deal. Later she was seen on the E! Channel. She also hosted UFC as well as Si TV’s The Rub. Furthermore, she co-hosted the KABC’s Garvey's Law with Alan Gurvey.

Kasem is also an actress who has starred in the films like My Life as a Troll, UFC: Ultimate Knockouts 3, and L.A. wars. Besides that, she founded the awareness-raising organization regarding elder abuse entitled Kasem Cares and the Kasem Coalition. She actively volunteered for the Church of Scientology during the 2010 Haiti earthquake crisis in Haiti, and Hurricane Harvey hit in Texas.

Kerri Kasem is in a romantic relationship with her boyfriend, Jesse Kove. The duo often goes on vacation and made their appearance in different events together.

Kasem won conservatorship over her father in 2014. At that time the court found Jean Thompson put Casey's life in danger.

As a radio and television, Kerri Kasem earns a lucrative amount from her career. As of 2017, she has an estimated net worth is $1 million.