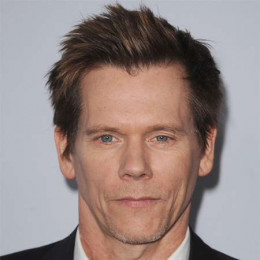 An American actor and musician who is better known as the winner of Golden Globe Award for his role in The River Wild. He is also popular for starring in movies like Footloose, JFK, A Few Good Men and the mystery drama Mystic River. He is son to Ruth Hilda and Edmund Norwood Bacon. He graduated from Pennsylvania Governor's School for the Arts at Bucknell University. He was 17 years old when he left home in order to pursue a theater career in New York City. He shortly worked on soap operas like Search for Tomorrow and Guiding Light. He got the role of now iconic slasher film Friday the 13th in 1980. He mainly plays depraved and sadistic villains. He was casted in Paul Verhoeven's Hollow Man in 2000. Same year he was nominated as the best actor receiving the Independent Spirit Award. Beside movies, he has also appeared in the advertising campaign of EE mobile network in the United Kingdom. In 2003, he was awarded with Boston Society of Film Critics Awards for his role in Mystic River.

Talking about his personal life he is a happily married man. His wife is also an actress. Together they have starred in movies like Murder in the First, The Woodsman, Pyrates, and Loverboy. Together the couple is blessed with two children. Prior of getting married with her, he was in five years long relationship with his former actress girlfriend. According to him, he doesn't believe in God but he is not anti-religion.

They first met each other on the set of PBS version of Lanford Wilson's play Lemon Sky. Together they have starred in different movies. They are parents of two children.

He is also an actor. He has starred in movie named Loverboy (2005).