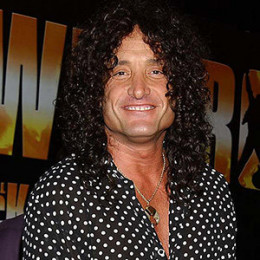 A famous name in metal music industry, Kevin DuBrow was the lead vocalist of the metal band Quiet Riot. He was born and raised in Los Angeles in a Jewish family and grew up with his mother Laura DuBrow and brother Terry DuBrow. Kevin was called as "Butch" when he was a kid. This very talented musician wasn't a permanent resident of Los Angeles when he was a kid. Later, he started living in Van Nuys neighborhood from the age of 13. He was keen in music since childhood and had learned to play the guitar at the very young age. DuBrow got involved in the band "Quiet Riot" in 1975 along with Randy Rhoads, Kelly Garni, and Drew Forsyth.

When he learned to play 12 string guitar, he tried forming a band by himself and started performing to the local audiences. However,  the rock music was not much in fame at that period in his locality and  he could not achieve the popularity that he could have.

When he was still in mid-teens, he started performing the British rock acts. He was involved in the acts such as Small Faces, Queen, Spooky Tooth, Rod Stewart and Humble Pie. He got in contact with Steve Marriott which later paved his way through his music career. Dubrow was very much interested in photography as well. This musician was found dead in his house after about six days of his death and cocaine overdose was said to be the cause of his death.