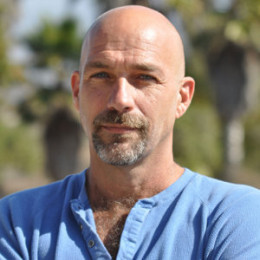 American actor popular from a crime movie named Heat, in a role of the rogue bank robber Waingro, Kevin Gage is currently married to Shannon Perris-Knight since 2006.He acts in many movies, Space Camp is his first movie. Kevin has a role of Counselor #2 in this movie. He has also worked in television series. Highway to Heaven is his first series. Kevin has lent his voice in video games, "Call of Duty: Ghosts" in a role of Gabriel T.Rorke.

Kevin Gage married twice; his first marriage was to an actress and former model, Kelly Preston.The couple married in 1985 and divorced in 1987. He then married Shannon Perris-Knight in 2016. On July 30, 2003, Gage was sentenced to prison for forty –one month for cultivating marijuana despite owning a California-issued license for medicinal marijuana and was released on 21, 2005.

He first married to an actress and former model, Kelly Preston. The couple married in 1985 and divorced in 1987.

Kevin Gage is currently married to Shannon Perris-Knight since 2006.There is no information about his children in social sites.