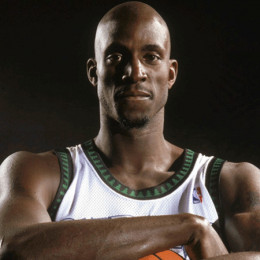 Kevin Garnett, power forward for NBA side Minnesota Timberwolves is a professional basketball player. He has previously played for other NBA teams like Boston Celtics and Brooklyn Nets. He was born to Shirley Garnett and O'Lewis McCullough. They were never married though. Their relationship ended shortly after his birth and he was raised by Shirley, his mother. He has amazing basketball career so far with numbers of unprecedented high school and professional achievements. In 1995, he was also named as Illinois Mr. Basketball which also helped him earn draft position.

Kevin Garnett is a married man and also has a daughter. He married his longtime girlfriend and is living happy life together. There are no rumors found about him however, he had bitter incident during his high school. He was charged for involved in fight between black and white. However, he was not involved directly and the charge was expunged. But he left his school and took transfer realizing the threat of being a target.

Brandi Padilla is Kevin's longtime girlfriend. Their romance lasted long turning into marriage. The couple has a daughter and they all are living happy family life.

Capri is the only child to Kevin Garnet and Brandi Padilla. She has grown up cute and charming and she is sweet heart to everyone in the family.