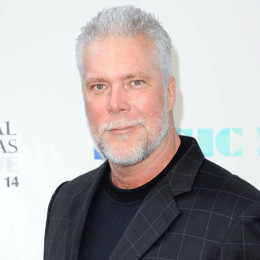 Kevin Scott Nash is a professional wrestler and actor. He is the son of Robert, who died of a heart attack when he was eight years old and Wanda, who died of breast cancer on December 27, 1994. He studied at Aquinas High School. He has majored in psychology and minored in educational philosophy from the University of Tennessee. He made his acting debut from Teenage Mutant Ninja Turtles II in the year 1991.

Talking about his personal life, he is a married man. He has been married only once till date and with his wife he has raised a son who now is young enough. Recently he got into a bloody fight with his son which became a solid news all over the city. He does not have a good bonding with his son as there were similar actions in past days. There is no record of his girlfriend till the date.

She is the first wife of Kevin. The couple got separated in 2000 but later got reunited and since then they are together.

He is the first and the only son of Kevin and his wife. He does not have a good relation with his father.