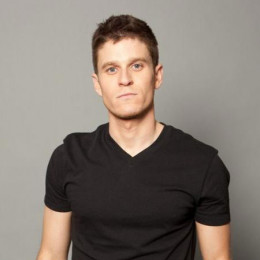 An American game show host and TV personality who is best known as host of an American game show host and TV personality. When he was just 14 years old he hosted the program named Pointless Audio. In 2001 he produced the short film named Deer Valley High School which earned him 3 California Media Festival awards. He also worked as network administrator for five years in ISP. He also co-hosted Attack of the Show! which is a technology themed program. In 2013 he hosted political webshow The Young Turks. In 2015 he was asked to host the Nintendo World Championships.

Talking about his personal life though his name was linked with some of celebrities like Sara Jean Underwood and Alison Haislip he never officially confirmed that he dated them. He has not married yet because if he had married there would be some news in the media after all he is so much popular person. Since he has not revealed any information regarding his girlfriend for now we can assume that he is single.