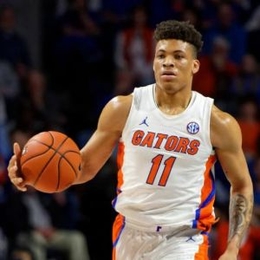 Keyontae Johnson is an American college basketball player of the Florida Gators of the Southeastern Conference. Aside from being a player, the young athlete is also a coach for Florida. He is one of the promising talents in Basketball, and many consider him to be NBA caliber, and the stats he is putting up clearly shows why they say that about him. Let's take a look at his life for now!

Keyontae Johnson began his college basketball at IMG Academy, where he played for one season. After the end of his junior year, he transferred to Oak Hill Academy in Mouth of Wilson, Virginia, for his senior season.

The young forward began his career as a key reserve for Florida Gator in 2018 before securing the starting lineup as a small forward. In his final twenty games of the first season, he averaged 8.1 points, 6.4 rebounds, and 1.3 assists per game.

In 2019, he participated in the 2019 SEC Men's Basketball Tournament, and the Gators went as far as the semifinal. He scored 20 points and made 12 rebounds in the opening round against Arkansas.

In his sophomore year, he averaged 14 points, 7.1 rebounds, 1.6 assists, and 1.2 steals per game. For his performance, he was named first-team ALL-SEC that year.

Collapsed on Court While Playing

On December 12, 2020, Florida States were up against Florida State Seminoles, and Keyontae Johnson was among the players on the court. It was like any other day on court for everyone; however, it soon turned terrible as Keyonate collapsed on the court.

Check out the clip of Keyontae Johnson collapsing during the game in December 2020!

The clip showed Johnson fell on the floor and was unresponsive. Immediately, medical personnel stepped in, and he was rushed to Tallahassee Memorial Hospital before moving him to Gainesville via helicopter.

Doctors later diagnosed his condition to be acute myocarditis, a heart inflammation. Experts believe the coronavirus might have led him to myocarditis, which Johnson contracted a few months ago.

The 6 foot five star was placed in a medically induced coma for three days before finally becoming conscious and able to talk and slowly coming back to a stable condition.

After able to speak properly, Keyontae, through a video, thanked everyone for the prayers to him and his family. Good news to all as on December 28, 2020, the talented basketballer's coach Mike White announced that Johnson had rejoined and right now is working as a coach while he is fully recovered. We hope and wish that Keyontae will have a healthy life in the future!

Keyontae Johnson's Personal Life; Does He Have a Girlfriend?

Keyontae Johnson spends most of his time on the court, whether it is playing games or doing practice sessions with his team-mates. He seems focused on doing what he loves, which is playing basketball and training every day to improve his skills.

In his limited free time, he hangs out with his family and close ones, often touring places or going for a hike. Speaking about his relationship status, the 21-year-old initially appeared to be single but going through his Instagram; we found that he has a girlfriend. 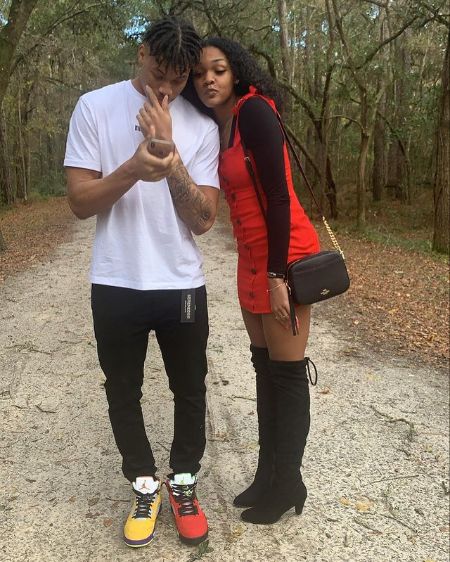 The young man has not revealed the name of his lover. We hope the duo keep maintaining the same love for a long time to come!

Keyontae Johnson's Net Worth And Salary

Keyontae Johnson is one of the rising stars of American college basketball players, but he has not begun his professional career yet. Furthermore, he does not earn any salary, and therefore, for now, he has no net worth.

Many consider him an NBA prospect and believe that he can be drafted in the NBA draft of 2021. As a realistic NBA prospect, if he makes it in the world-renowned league, he will earn a salary in millions of dollars, which will instantly make him a millionaire.

According to the 2020 statistics, an average NBA player receives a salary of $7.7 million on average. 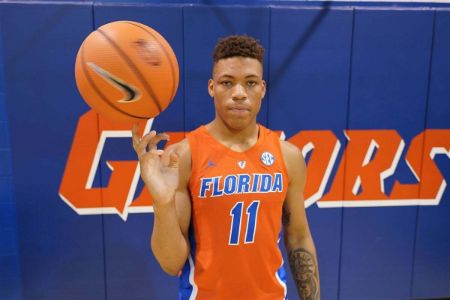 For more similar celebrity-related content like Biography and News, make sure to tune in at Married Wiki!!