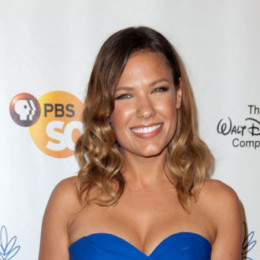 Kiele Michelle Sanchez is an American actress, known for starring as Callie Cargill in the A&E Network drama The Glades and as Nikki Fernandez in the ABC television action adventure series Lost (Season 3). Currently, she is playing in a drama series Kingdom on the Audience Network. She is the daughter of Oscar Sanchez, a racetrack jockey agent and is of French and Puerto Rican descent.

Moving on to her personal life, till now she has been married twice. She was first married to an American film director for almost 7 years and due to some complications they decided to get separated. She has been enjoying her second marriage since 2012 and together with her second husband she once was pregnant with a baby boy, but later it was reported that she had suffered a late-term miscarriage.

He is the first husband of Sanchez, who by profession is a film director and writer. His actual name is Zachariah Helm.

The two started dating since 2010 and were co-stars in the ABC television pilot The Matadors. They were expecting a baby boy in 2015.