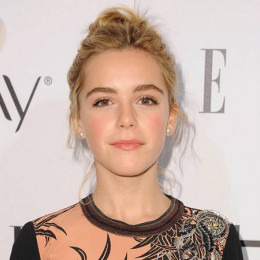 Kiernan Brennan Shipka is an American actress mostly known for her role on Mad Men as Sally Draper and for her voice work as Jinora in The Legend of Korra, a Nickelodeon series. She is the daughter of John Young Shipka, a real estate developer and Erin Ann, one-time queen of Chicago's St. Patrick's Day parade. As part of Mad Men's ensemble cast, she recived the Screen Actors Guild Award for Outstanding Performance by an Ensemble in a Drama Series in 2008 and 2009.

Talking about her personal life, she is too young to have a boyfriend. She is still in her early teens so there will obviously be the time when she will be heard of being with her love. These days she is working hard for her bright future in the Hollywood industry so she does not have enough time to think of dating someone. Her pictures can be viewed and downloaded from the internet easily. There are no rumors about her and hasn't been a part of any controversial matter till the date.