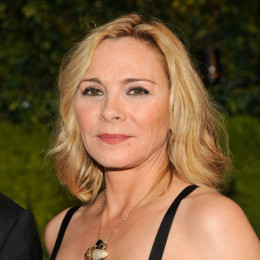 An English-Canadian actress who is famous for her portrayal of Samantha Jones on the HBO series Sex and the City. She is daughter to Gladys Shane and Dennis Cattrall. From her young age, she was fascinated in acting and as a result she took acting exams in London Academy of Music and Dramatic Art. After graduating from high school in 1972, she went to New York to pursue her career in acting. In 1975, she debuted in acting career through Preminger's Rosebud. She has already starred in popular movies like Porky's, Police Academy, Big Trouble in Little China, Star Trek VI: The Undiscovered Country etc. During her career she has earned five Emmy Award nominations and four Golden Globe Award nominations.

Talking about her personal life, her marriage life was not successful as her career. She got married three times and all of her marriage ended in divorce. Her first marriage lasted for two years only and it was annulled. Her second marriage was architect and they used to live together in Frankfurt. She was again married to her next boyfriend, who was a audio designer and jazz bassist. Beside her marital relationship, she has been romantically linked to former Canadian prime minister, actors and some musicians. She has four children through adoption not yet been a biological mother.She has not disclosed any information on them.

He was a musician. Together they were in marriage relationship for about two years. Their marriage has been annulled.

Professionally, he is an architect. Their marriage relationship didn't last more than six years. Reason behind their breakup is still unknown.

Professionally he is an audio designer and jazz bassist. Liker her first and second marriage their marriage shortly ended in divorce.