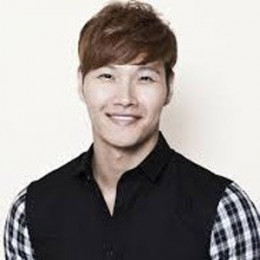 A South Korean singer ,dancer ,entertainer and TV personality, Kim Jong-kook is currently single. Kim postgraduate from Dankook University in a Master’s degree from the Pop Culture Performing Arts – School of Arts Department. Kim Jong-kook first entered the Korean music industry in 1995 .He is a member of the duo, Turbo, which became immensely popular for their catchy music .His first movie is Wonderful Radio in a role of Taxi Passenger.

Kim Jong-kook is possibly single at the moment but previously, he dated K-pop divas. He is quite confidential about his private life and didn't share much to media.

Kim Jong-kook holds an estimated net worth of $16 million.

Kim Jong-kook has acted in many dramas. Kim first drama is Banjun Drama. He has won many awards. Kim has won 2nd Annual KU Music Asian Music Awards and 4th Annual Drama Fever Awards in 2016. Kim is a cast member in a show named Running Man. Kim is also known for hosting a documentary program named Escape Crisis No.1.Kim is active from 1995.