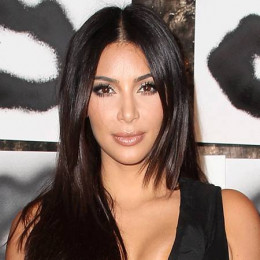 Kimberly Kardashian commonly known as 'Kim' is an television personality, model and socialite. Within the first month of release, her reality show, 'Keeping Up with the Kardashians’ became one of the highest rated shows and became the highest-paid TV personality with estimated earnings of $6 million. She is the daughter of Robert and Kris. She attended Marymount High School located in Bel Air, California.

Talking about her personal life, she is currently married to her singer boyfriend with whom she has given birth to a daughter. Till the date she has been married thrice including her current marriage. She does not have chlidren from her past relationship. Despite that she has dated lots of high prolific guys. She became part of controversy after her sex tape was leaked in 2007 with her then boyfriend Ray J.

He is the very first man to marry Kim. The couple don't have children from their marriage.

He is a professional basketball player. His then wife Kim filed for divorce just after 72 days of their marriage.

He is a rapper, songwriter, record producer, entrepreneur and fashion designer. He is expecting second child with his wife.

She is the first child born to kim and her husband. She was born safe and healthy.