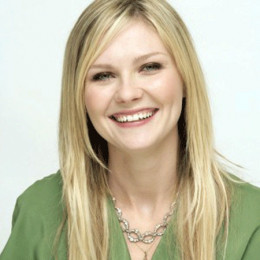 A German-American beautiful and gorgeous actress, singer, model, director and screenwriter Kirsten Dunst who rise to fame after starring in blockbuster movies like Spiderman and Melancholia. She is daughter to Inez (née Rupprecht) and Klaus Dunst. Whens he was just a kid her parents got divorced and she started to live with her mother. In 2000 she graduated from Notre Dame High School. She started her career in film industry at very young age. She was just three years old when she worked as child fashion model in television commercials. When she was just 12 years old she debuted in the role of vampire Claudia in Interview with the Vampire (1994). She also had recurring role as Charlie Chemingo in NBC medical drama ER (1996–97). Beside acting she also takes interest in charity work. During her career in film industry she has been awarded with Golden Globe Award nomination for Best Supporting Actress.

She was ranked 2nd Sexiest Female Movie Star by Australian Empire Magazine in 2002, by which we can easily guess she had many admirers. She has not married yet but that doesn't mean that she is single. Till now she has dated nearly a dozen of celebrities including actors, singers, and models. Currently, she is dating an American actor. They have successfully crossed four years of relationship. She seems to be very happy with him. She has not been a biological mother yet.