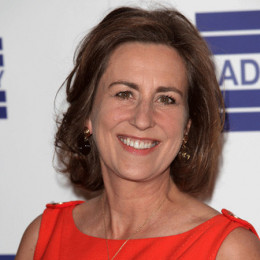 Kirsteen Anne Wark who is also known as Kirsty Wark is an influential Scottish journalist and television presenter. She is widely known for her work in BBC Two's news along with the current affairs program Newsnight since 1993. She was born to Jimmy Wark, a solicitor, and Roberta Wark, a schoolteacher. She had career aspiration in journalism from her youth and she interned with BBC as soon as she graduated. With hard work and dedicated, she found her path and grew strong with the profession.

Kirsty is happily married and has two children. Her interview clash with Scottish First Minister Alex Salmond had a huge media attention then. BBC had to apologize too which Salmond accepted but it is also believed that Wark had to end the interview without proper ending due to limited time and it resulted appearing rude. However, she is still believed as a influential journalist and is praised for her work. There are not much rumor considering her personal life. She maintains her personal life off the limelight.

Wark is happily married with Alan Clements. They are leading happy and successful life together being blessed with their two children.

Caitlin is the eldest child in the family. She is daughter to Alan and Kirsty and has grown up beautiful and talented.

James is the youngest in the family and is loved by all. He respects and loves his parents and is sweetheart to everybody.