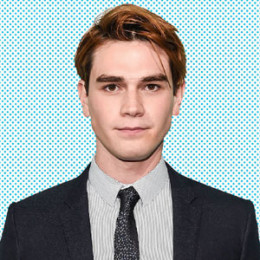 KJ Apa was born on 17 June 1997 in Auckland, New Zealand. He was born to Samoan and Kiwi. Apa has two older sisters, Timena and Arrieta.

When KJ was a kid, he used to play guitar out on street corners nearby his house in Auckland.He studied his high school at King's College in Auckland before moving on to his career in acting. He also plays piano and guitar.

His career began in the year 2014 when he made his appearance in a TV series named Shortland Street, till 2015. After that, he appeared in another TV series named The Cul De Sac.

In 2017, KJ Apa portrayed in a movie named A Dog's Purpose as Ethan. The same year, Apa landed a lead role in the TV series 'Riverdale' as Archie Andrews, The show received a positivie response from the audience and the second season is currently being shot.

KJ Apa is currently single, as he has not been caught dating anyone in in the past or present. He may be dating someone, but wishes to keep it secret.

KJ Apa earns a decent amount of money from his acting career, as he has made his appearance in several movies and television series. Apa's current net worth is estimated to be $ 200 thousand.