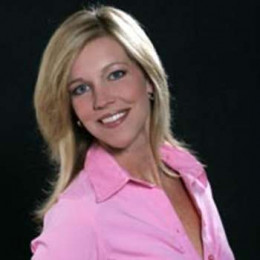 She is an American sportscaster who covers auto racing. She is known as a pit reporter for NASCAR on Fox, the host of The Setup, the pre-race show for coverage of the Camping World Truck Series, as well as Trackside on Fox Sports 1. She also covered events like the NCAA Men's Division I Basketball Championship, the Kentucky Derby and the World Series. She began her career as a NASCAR broadcaster in 2003 as co-anchor of Totally NASCAR on Fox Sports Net.

Accounting her personal life, she is a happily married woman. She has been enjoying her marital relation since 2010. Actually, she hasn't shared much information about her personal life as she is very reluctant in this matter. Though it's been a long time the couple is married, but yet there is no information about their kids till date. We can stay connected to her via Twitter @kristavoda.

He is the one and only beloved husband of Voda, with whom she got married in 2010. The couple now lives in Pittsburgh, Pennsylvania.