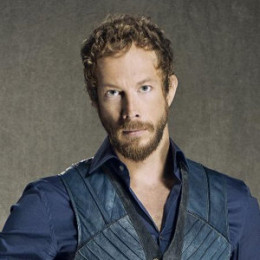 A Canadian actor,Kristen Holden-Reid is currently single .He studied at Montreal's Concordia University School of Business. Kristen is a former member of the Canadian National Pentathlon Team .He has won a silver medal at the Pan American and Pan Pacific Pentathlon Championships. Assassin's Creed: Syndicate is a video game has a role of antagonist. Dark Matter is his movie he has a role of Galactic Authority Inspector Kierken.

Kristen Holden-Reid has kept his personal life secret. There is no information about t his affair in social sites. Ice Bound: A Woman's Survival at the South Pole, Lost Girl: An Evening at the Clubhouse are his popular television series. There is no information about his rumors in social sites .He is a good athlete too. He is not a controversial star.