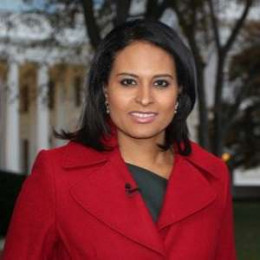 Kristen Walker is a television journalist working for NBC News. She was born to father Harvey Walker, an engineer, and mother Julie Welker, a real estate agent. Kristen completed her schooling from Germantown Friends School and then went to Harvard College graduating with a degree of Bachelor in Arts. In 2005, she joined NBC affiliate WCAU as a reporter and anchor.

Kristen Walker joined NBC News in 2010 as a correspondent based in News West Coast in Burbank. In 2011, she became NBC's white house correspondent. She has worked with WLNE-TV in Providence, Rhode Island, and KRCR-TV as well. Walker has traveled most parts of the world with Obama. Kristen is engaged with her partner John Hughes. The couple tied the knot on 4th March 2017 in Philadelphia, Pennsylvania in a grand ceremony.