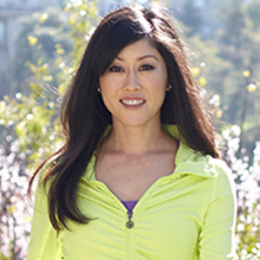 Olympic gold medal winner, Kristi Yamaguchi began out as a pairs skater with Rudy Galindo, and together they won the US Junior title in 1986. In 1988, she also won the World Junior Championship in ladies’ singles. Athlete, figure Skater, author, sports analyst, Kristi is also a well-known commercial spokesperson with many endorsements. Moreover, she is a member of the U.S. Olympic Committee Olympic Hall of Fame, World Skating Hall of Fame, and the US Figure Skating Hall of Fame.

She is a daughter of Jim Yamaguchi, a dentist, and Carole, a medical secretary. Her paternal grandfather, Tatsuichi Yamaguchi, immigrated to Hawaii in 1899 and made his way to the United States a few years later. Moreover, her family was the first generation in the family to have an all-American suburban childhood.

Her mother Carole was born in a World War II internment camp for Japanese-Americans while her grandfather was serving as a lieutenant in the U.S. Army.

By the early 1990s, Kristi Yamaguchi was victories at the most highly regarded domestic and international competitions, including the 1992 Winter Olympics and World Championships. She turned professional after the 1991–1992 competitive season.

She then started a successful professional career, touring with Stars on Ice and winning numerous competitions. Kristi skated her way to a gold medal at the 1992 Olympic Games in Albertville and went on to be one of the most beloved ice skaters in America.

With Rudy Galindo, a figure skater, Kristi won the junior title at the U.S. championships in 1986.

She won the pairs titles at the 1988 World Junior Championships with Galindo.

American ladies team became the only national ladies team to have its members place first, second and third at World Championship in 1991 comprising Yamaguchi, Harding, and Nancy Kerrigan.

In 2006, Yamaguchi was the host of series  'Skating's Next Star', which was created and produced by Major League Figure Skating.

She became the champion of the sixth season of ABC's reality program 'Dancing with the Stars'on 20th May 2008.

Yamaguchi won the Inspiration Award at the 2008 Asian Excellence Awards.

After her 'Dancing with the Stars' champion crowning, she also won Sonja Henie Award from the Professional Skaters Association in 2008.

Kristi is also an author, and her book was on the New York Times bestseller list also received the Gelett Burgess Children's Book Award. She also published an award-winning children's book, Dream Big, Little Pig in 2011.

She also wrote Always Dream, Pure Gold and Figure Skating for Dummies. She additionally performed in TV skating specials including the special Alladin on Ice as Princess Jasmine.

Yamaguchi is a founder of the Always Dream Foundation for children.

They first met at the 1992 Winter Olympics when Bret played for Team USA. This beautiful couple is blessed with two daughters Keara Kiyomi Hedican who was born in 2003, and  Emma Yoshiko Hedican born in 2005.

Kristi Yamaguchi has an estimated net worth of $8 million. She also earned a good amount from her books as well as appearances in TV and movies.

Since 8th July 2000, Kristi Yamaguchi has been married to Bret Hedican, a retired professional hockey player.The couple is blessed with two children.