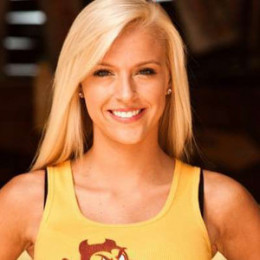 Kristin Barnes is a qualified yoga instructor and is also has a massage therapy certification. She is mostly known as the wife of former NFL player, Ricky Williams. Kristin Barnes Williams attended Crossett High School, Winnfield Senior High and also went to LSU. Although Kristin has her own lifestyle and her own career, her public profile is low. It is her husband who has made her so famous that she is searched all over the internet sites.

Kristin Barnes and Ricky Williams met dated for eight years before they got married. Kristin Barnes worked on the New Orleans Saints’ team plane when they met.

They married on Dania Beach, near Fort Lauderdale, Florida. Celebrity guests included former NBA star Dennis Rodman and NFL players Ronnie Brown and Chad Henne. Though her husband is said to be the father of at least seven children with three different women, one of them is Kristin Barnes. Barnes is described as his longtime girlfriend.

Kristin Barnes earns a decent sum of net worth from her career. Her husband has a net worth of $19 million.

Kristin Barnes was born on May 21, 1977, in the USA. She rose to fame as the wife of NFL player Ricky Williams.

Kristin Barnes and Ricky tied the knot on September 4, 2009. The couple are the parents of three children. However details about their children is unavailable.