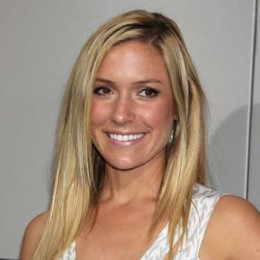 Kristin Elizabeth Cavallari is a fashion designer, television personality and actress. She came to prominence as a cast member in the reality television series Laguna Beach: The Real Orange County. In 2005, she was ranked #8 on Reality TV Magazine's List of The Greatest Female Reality Stars. She is the daughter of Judith Eifrig and Dennis Cavallari and is of German and Italian descent.

Accounting her personal life, she is a happily married woman. She has been enjoying her marital relationship since June 2013 and the couple have raised three children; two sons and a daughter from their marriage. The couple seem to have a good connection with one another so there is a rare chance of their divorce. She has dated a long list of men in her past days. We can stay connected and know her better by following her on Twitter @KristinCav.

He is the one and only beloved husband of the gorgeous Kristin, who is a Chicago Bears quarterback. The are married since 2013.

He is the eldest child of Kristin, who was born in the year 2012.

He is the second son of Kristin, who is often spotted with his parents.

She is the youngest member in the family, who was born safe and healthy on November 23, 2015.