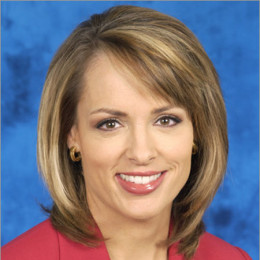 She is an American television journalist, news producer and meteorologist who currently hosts morning and noon weather at WECT-TV in Wilmington, North Carolina. She has earned B.A. in Telecommunications/ Journalism from Indiana University. She is a active member of American Meteorological Society and has been awarded by NWA Seal of Approval. She has worked as a News Producer at WAWS-TV in Jacksonville, Florida and as a general assignment reporter for five years at WJKS-TV, also in Jacksonville.

There is no any information about her personal life in Wikipedia and IMDb. She has managed to keep her profile low and does not like other to know about her family matter. We actually don't know whether she is married or divorced or is single till now but by her age we only can assume that she might have got married to someone deserving and have some kids as well. There is no any rumors and controversy about her.