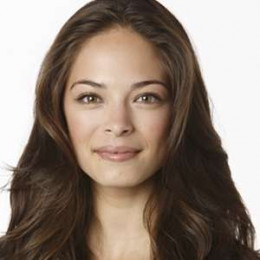 Kristin Laura Kreuk is a film producer and actress well known for her roles as Lana Lang in television series "Smallville" and as Laurel Yeung in the Canadian teen drama "Edgemont". She is the daughter of Peter Kreuk and Deanna Che. Her father is of Dutch descent and mother is of Chinese descent. Kristin trained in Karate and has a purple belt.

Kristin Kreuk has also worked in movies such as Snow White: The Fairest of Them All, Street Fighter: The Legend of Chun-Li. She has played the role of Catherine Chandler in CW TV series Beauty and the Beast. Kristin has been working as a film producer in the production company Parvati Creative Inc, which she co-founded with Rosena Bhura. She is currently dating Mark Hildreth, a Canadian actor, and musician.

Kristin Kreuk is in a romantic relationship with actor Mark Hildreth for a long time. But due to her secretive nature, she kept her love life confidential.

The actress has an estimated net worth of $6 million. She made more than $100k+ from her appearances in TV series.