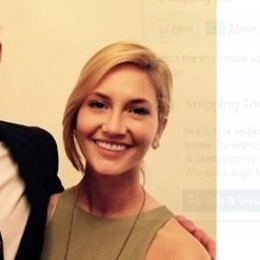 Kristin Taylor came to the limelight after her romantic relationship with actor and comedian Chris D'Elia was known to the public. Besides this, she is also the founder of the animation company, Hi Big Dog.

The stop-motion animator Kristin Taylor only came to prominence after dating Chris D'Elia in 2018. Her partner, Chris, is a reknowned actor and stands up comedian, known for his work on Army of the Dead and Netflix's You. 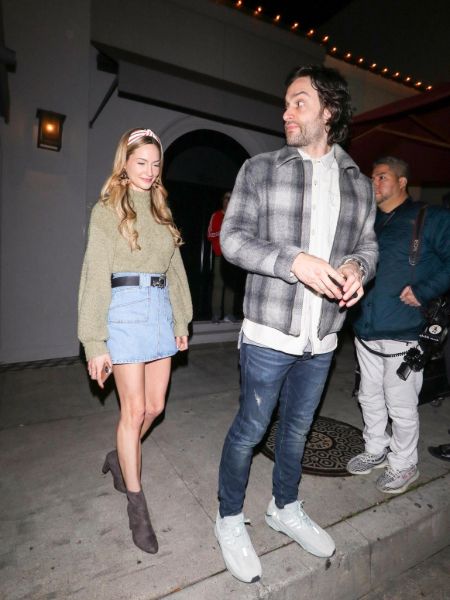 A picture of Kristin Taylor with her partner Chris D'Elia. SOURCE: Getty Image

In addition, Chis announced his girlfriend's pregnancy and that he was delighted with the parenthood role through a podcast. The proud duo welcomed a baby boy named Calvin D'Elia in 2019. And, the good news circulated all over the internet. At present, Chris doesn't hesitate to flaunt his baby's picture and video on his Instagram page.

Before meeting Kristin, Chris was married to Emily Montage, an American actress, in July 2006. But, they got divorced after four short years of togetherness. However, the reason for the split is still undisclosed.

On the other hand, Kristin and her partner are yet to tie the knot. It looks like the covid pandemic has halted their wedding and engagement plans. But, many of their fans are excited about the couple's nuptials. However, there is less possibility of marriage as they don't seem to be in a hurry. The family of three of D'Elia resides in Los Angeles, California.

Talking about Chris's bad side, his life has been in legal trouble. Previously, an anonymous women's law suited him on Federal Court in March 2021. The lady accused him of soliciting her over explicit images when she was just 17. Further, in the years 2011 and 2018, two minor girls came forward with an allegation of sexual harassment and misconduct from Chris, according to LA Times. 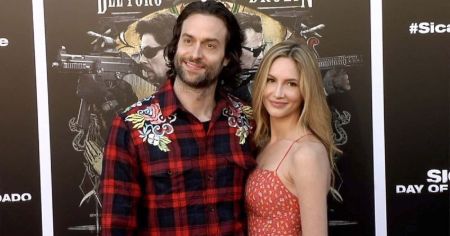 Kristin Taylor and Chris at a premiere event. SOURCE: Pinterest

Chris, however, denied the allegation stating it was fake. Due to the incidents, Chris was blacklisted from a few shows and even got thrown out from the Netflix film, Army of the Dead. Since Chris faced a child pornography lawsuit, the relationship with his girlfriends is reported to remain cold.

But, Kristin hasn't commented anything on their relationship publicly. In fact, her Instagram account is also kept private. Kristin is seen in public here and there with her partner and looks very happy to be on his side.

Career & Net Worth of Kristin Taylor

Kristin Taylor is the founder of Hi Big Dog. There, Taylor works as a stop motion animator. Kristin does earn a fortune of no less than $78000. But, as it's her own firm, she might collect even more than the average income. While animating, Kristin uses software like Blender, Pencil2D, and Vyond.

Watch the video of Chis D'Elia's relationships below.

Not to mention, her boyfriend Chris has amassed a good fortune with several acting credits in comedy series and films like Whitney, Undateable, and You. Likewise, D'Elia also owns real estate worth millions of dollars in LA and Beverly Hills. Furthermore, Chris also makes money as a stand-up comedian. His net worth is estimated at $10 million.

Talking about the family's net worth, their wealth could touch somewhere around $15 million. Thanks to their illustrious career in the entertainment industry, they have managed to collect a hefty amount of money enough to live a lavish life for more years to come.

Calvin D'Elia is the son of Kristin Taylor with her partner Chris D'Elia born in 2019.