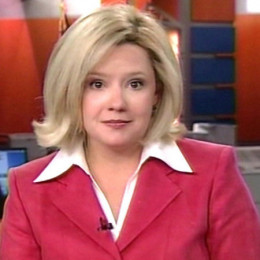 She is a meteorologist form "The Weather Channel". She has completed Bachelor in Science in Atmospheric Science from University of North Carolina which is located in Asheville, NC. When she was young, she had keen interest in gardening and go antiquing. According to her, her father was a weather enthusiast and he encouraged her to study meteorology. She is also a member of the American Meteorological Society.

Born on May 23, 1970, Kristina Abernathy was raised in Albany, Georgia, USA. She is American and belongs to the White ethnicity. Her zodiac sign is Gemini.

Abernathy went to the University of North Carolina at Asheville and completed her graduation in Atmospheric Science. Later, she attends the Kennesaw State University and grabbed her Business and Marketing degree.

In 2000, Abernathy started her professional career and worked for The Weather Channel as a Meteorologist. She served in the channel for almost nine years.

In February 2009, she joined the Modern Elegant and served as Blogger and social media manager but she left the job in 2016. Abernathy Cobb Country as Communications Coordinator and she also served as marketing coordinator for  Cobb Energy Performing Arts Centre.

Later, she was worked for Cobb County Government after getting promoted to Communication s Coordinator II

The current relationship status of Kristina Abernathy is possibly single. She is private to her personal life which might be the reason she never discussed her personal life with media, she has not disclosed any information regarding her personal life to media. No one knows if she is married or not or she has any child. It seems like she likes to keep her off-screen life away from media.

There was a rumor that The Weather Channel (TWC) has laid off 4 Veteran Meteorologists and she is also included in them.

Abernathy prefers to maintain distance with social sites which doesn't mean she is anti-social, she loves to involved with social work. She volunteered Children's Sunday afternoon program for High Museum of Arts and also worked in Public Relations office in Atlanta Botanical Garden.

Abernathy is one of the successful media personality who succeeds to earned a quite impressive sum form her career. Her estimated net worth is $1 million, as per some online sources but no official confirmation has come about it.

Abernathy worked in Weather Channel for nearly 9 years and her salary was more than $90K. She also served in Cobb where she gets the decent amount of sum for her contribution.