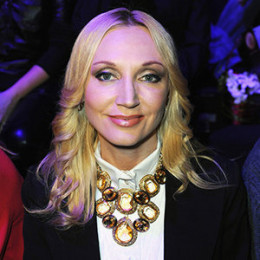 Kristina Orbakaite, a Russian singer and actress, is currently married to Mikhail Zemtsov, a businessman, since 2005. She was born to Alla Pugacheva and Mykolas Orbakas who were the Russian pop singers. Her parents got divorced when she was a child and was raised by her mother. Kristina lives with her maternal grandparents. She began her career at the age of five from the television program Veseliye Notki.

Kristina Orbakaite has been married thrice. She had a relationship with Vladimir Presnyakovin in 1987 and they broke up in 1996. She later dated Ruslan Baysarov and broke up with him and got married to Mikhail Zemtsov in 2005. This couple has a child together. The marriage with Mikhail has lasted longer than other marriages. She has three children. As of now, there are no signs of their separation.

Vladimir Presnyakovin is an actor. They were married till 1996 and then they got separated. They have a child together.

She was in a relationship with Ruslan Baysarovin the year 1997 and this couple broke the relationship in 2003.

Mikhail Zemtsov is a businessman. They have been married since 2005 and have a child together. They seem to be happy with each other.

She gave birth to the first son, Nikita Presnyakov, on May 21, 1991. Child's father is her ex-boyfriend, Vladimir Presnyakov.

Kristina gave birth to her second son, Dany Baysarov, on May 10, 1998. There is not much information about him.

Klavdia Zemtsova is her first child from her current husband. She was born on March 30, 2012.