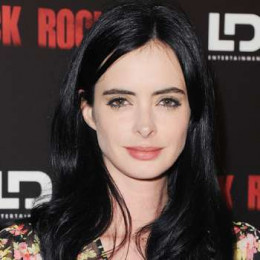 Krysten Alyce Ritter is a talented actress, musician, and former model, best known for her portrayal as Jane Margolis on TV series Breaking Bad, as Chloe on Don't Trust the B---- in Apartment 23 and as Jessica Jones on Marvel's Jessica Jones. She began her acting career when Wilhelmina placed her for an audition for a Dr. Pepper television commercial. She was born to Kathi Taylor and Gary Ritter.

Accounting her personal life, she is yet unmarried and also does not have any kids as well. Though she is unmarried but these days is in a serious relationship with her boyfriend who is a professional guitarist. The two are together since 2014 and they seem to have a perfect bonding with one another so they probably are looking forward to getting married soon.