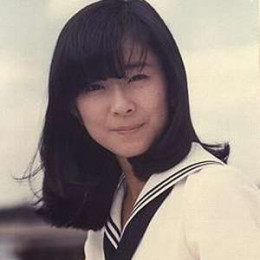 Kumiko Ohba is an actress as well as a singer and psychological counselor. She is well known for her movie “Ushimitsu no mura”. Ohba got her start in 1970 when she successfully passed an audition for a theater troupe located in Tokyo. Four years later she debuts on television, making her first appearance on "Ai no Yamakawa". Ohba made her singing debut in 1977 by releasing her first single "Akogare". Her biggest hit came in 1979 when she released the single "Spring Samba".

Kumiko Ohba married choreographer Tetsuya Takahashi on February 2000 but they separated in 2005 due to conflict between their personal interest. She later told reporters that she divorced Takahashi because they lived different lives and that she suffers from a panic disorder.

Kumiko Ohba married choreographer, Tetsuya Takahashi on February 2000 but they ended their marriage relationship after five years in 2005.