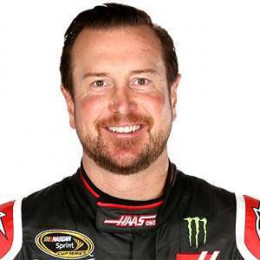 Kurt Busch, an American professional race car driver, is currently single. He was previously married to Eva Bryan. Kurt was born to father Thoman and mother Gaye. He spent a lot of time growing up around fast cars and engines. At the age of six, he was accompanying his father to the track. After finishing high school, Busch briefly went to college with plans of becoming a pharmacist, but soon realized he'd rather be working on racing track.

Kurt Busch began racing in NASCARS's top series in 2001 after racing for five seasons on NASCAR'S junior circuits. He got married to Eva Bryan on July 27, 2006. The two met on a blind date in 2003. They later divorced in 2011. Busch was suspended from NASCAR activities for allegations of domestic violence against his ex-girlfriend Patricia Driscoll. Her relationship with NASCAR driver Kurt Busch resulted in a child named Houston.

Houston is the only child of Kurt from the affair with Patricia. There is not much information about him.