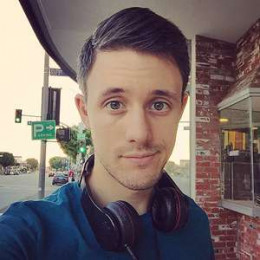 Kurt Hugo Schneider is a video editor, singer, songwriter, producer, and a musician. He is of German and Austrian descent from his father but cannot speak German or Austrian. Kurt graduated as class Valedictorian from Wissahickon College. He also earned a degree in mathematics from Yale University in 2010. He was able to become a chess master at the age of fifteen while playing for Yale’s chess team.

Kurt Hugo Schneider is possibly single at the moment. He is quite secretive when it comes about his personal life especially about his dating life and love affairs.

Kurt Hugo Schneider holds an estimated net worth of $5.2 million.

Kurt Hugo Schneider was born on September 7, 1988 in Baltimore, Maryland, U.S. He graduated from the Yale University.

Schneider started producing videos for youtube since 2007. He produces music videos for various youtube musicians including Sam Tsui and Avicii. Kurt produced the video for Avicii's "Waiting for love". His youtube channel has crossed over seven million subscribers. Kurt’s channel has also produced music videos of covers done by other popular YouTubers and musicians. He has not disclosed anything about his personal life and relationships.