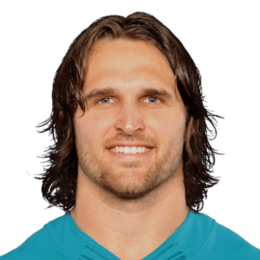 Kyle Louis Bosworth is a former NFL player, who played as a linebacker and special teamer. Currently, he works as a realtor or owner in a real estate firm named Redzone Reality. It's regrettable to mention that he lost a newly born just a month ago.

Who is The Wife of Kyle Bosworth? And What Caused the Nightmare in the Family?

Kyle Bosworth shared the wedding vows with Kara Keough, 31, on February 8, 2014. His partner, Kara, is a reality TV persona, who currently works as a content marketing manager at Adecco Group. On their wedding ceremony, the groom wore the charcoal suit, whereas the bride was seen in Pink Strapless Ball Gown, prepared by Mark Zunino. 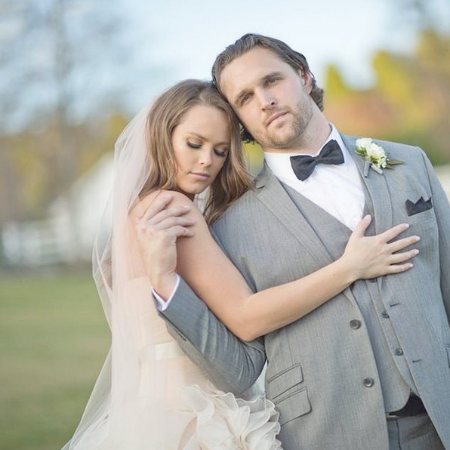 Kyle Bosworth capture with spouse Kara Keough. SOURCE: All About The Tea

Almost after two years of their matrimony, the lovely couple was blessed by an adorable daughter, Decker Kate Bosworth, in January 2016. Later, they gave birth to a baby boy, McCoy Casey Bosworth, on April 6, 2020. Unfortunately, he died due to shoulder dystocia and a compressed umbilical during his birth. 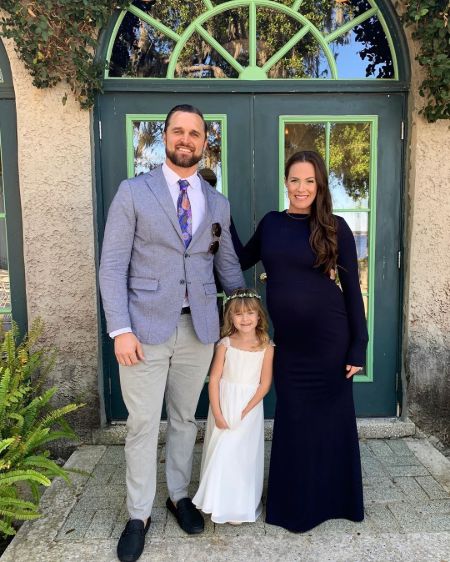 Kyle's wife is frequently tributing their infant on her Instagram. She has mentioned donating the child's organs to whoever needs medical attention. Also, the RHOC star began to run a fundraising campaign in the GoFundMe page. According to the page description, the nonprofit organization's objective is to improve the health of mothers and children.

While Bosworth was attending Plano West Senior High School, he started his career in football as a linebacker under his school coach Mike Hughes. He had a wonderful experience playing there as he was titled Co-Defensive Player of the Year 2004. After graduating from high school, he attended UCLA, where he completed his college career with 174 tackles and 2 sacks.

The Jacksonville Jaguars signed Bosworth as an undrafted free agent following the 2010 NFL Draft. He was placed on the practice squad on November 15, 2011, due to a fractured hand against the Indianapolis Colts that he suffered during Week 9. However, he finished the season with five tackles in nine games. In the 2012 season opener for the Jaguars against the Minnesota Vikings, Bosworth started the match as a linebacker instead of the injured Daryl Smith. 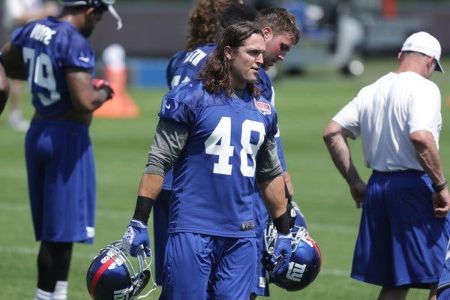 Kyle Bosworth on the football pitch. SOURCE: The Nytimes

Later, Kyle joined the New York Giants on May 29, 2013. In the same year, The Dallas Cowboys on their 53-man roster eliminated defensive lineman Sean Lissemore by taking Bosworth off waivers to help strengthen their special teams. But, the Cowboys abandoned him on December 17, 2013.

Although the linebacker had a fabulous early career, he could not maintain the same records in the senior teams. So, he decided to repursue a career joining the real estate firm. Likewise, Kyle went back to Jacksonville and established a real estate firm, RedZone Realty, along with his former teammate Jason Babin. Kyle had been in love with the First Coast since his first visit in 2009. It could have been an audible return, but it ended up being a touchdown.

How Much is Kyle Bosworth's Worth?

The 33-year-old realtor Kyle Bosworth has an estimated net worth of $1 million as of 2020. He made most of the money as a real estate agent, whose salary ranges from $25 thousand to $105 thousand. Prior to his career in real estate, he must have surely earned a decent sum as a linebacker in NFL teams.

Most significantly, the Former NFL player owns RedZone Realty focused widely on investing and gathering clients. As a matter of fact, his firm is licensed in both Texas and Florida. Undoubtedly, Bosworth, with his family, is living a luxury life in Jacksonville, Texas.

Stay in touch with marriedwiki for interesting Articles, Biographies, and News.

Kara Keough is an American actress, TV persona, and marketing manager. she married Kyle Bosworth and gave birth to a daughter and a son. Unfortunately, her son died due to the child's problem at the time of birth.

Decker Kate Bosworth is the firstborn of Kyle Bosworth together with Kara and she is four years old.

McCoy Casey Bosworth was the secondborn and a only son of Kyle Bosworth and Kara Keough. Unfortunately, he left the worth because of the birth problem.