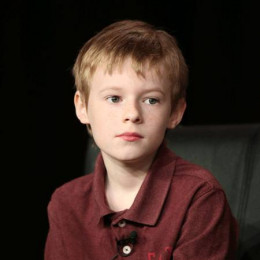 He is a child actor who is known for his playing in The Following, as Joey Matthews and in The Young and Prodigious T.S. Spivet, as T. S. Spivet. He has played as the middle child, Griffin Bowen in the remake Poltergeist (2015). In 2009, he made his debut in television industry from an episode of Mercy. He is fluent in speaking English, Mandarin Chinese and Russian. Details about his birthday and family background is unknown.

Talking about his personal life, he is a talented child who has got a good future ahead in the Hollywood industry. He hasn't reached his teen age so there is no point of his affairs. He is much more focused on his acting skills rather than searching for a partner. There is not much information available on him as he just entered into acting field. There is no any controversial matter related to him.