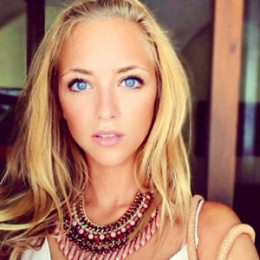 Laia Grassi is a graphic and web designer at MMG Metropolis Media Group, and communications and production coordinator at b-Room Barcelona Events. She holds a Masters in Design and Art Direction, Art Direction Graduate Diploma in Design & Communication Strategies and BA Fine Arts, Design in 2010 from Universitat de Barcelona. Besides she is best known as the girlfriend of the Chilean soccer player Alexis Sanchez who is currently plays with FC Barcelona.

Alexis became the first Chilean player to play in Barca on July 20, 2011. Moving to Spain brought many great to his life professionally and personally, by personally we mean that it was in Spain that he met his pretty girlfriend Laia Grassi. They are in love affairs since then and none of them have involved themselves in any other kind of other relationship. We can hope that they will get engaged in the near future.