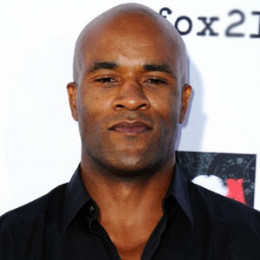 LaMonica Garrett is an American producer and actor; well known for his work in Transformer: Dark of The Moon, and Designated Survivor.

LaMonica Garrett was born on 23rd May 1975, in San Francisco, California, United States of America.

As a kid, he would watch films and reenact the scenes in the living room of his house to his parents. He even acted in some school plays as well. But gradually his interest shifted to football. Garret grew up watching Joe Montana and Jerry Rice.

He is Afro-American in ethnicity and holds American nationality.

His career began after his college, trying out for the NFL. However, it didn't" worked out well and later changed his profession to acting. Later he got an offer to play in short movie "The Duke."

His football background helped him a lot to portray the character. The movie is based on memoir I'm the Duke, and it's about the former NFL linebacker J.P 'The Duke' Duke's life after he suffered a concussion.

Before entering into acting, he worked as a driver for FedEx and also did many other works. He made debut with the movie 'Transformer: Dark of the Moon" in the year 2011.

Moreover, he has appeared in hit T.V series like "Sons of Anarchy," "Modern Family," and "NCIS."

LaMonica has maintained a low profile about his affairs and relationship. The handsome hunk must have probably had a few girlfriends in the past but has managed to keep it away from the media.

LaMonica earns a decent amount from his acting career, as he appeared in various hit movies like "Transformers: Dark of the Moon" which earned box office collection of $ 1,123,794,079.

His total net worth is estimated around a million.