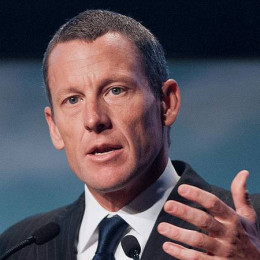 An American former professional road racing cyclist who was seven-time Tour de France champion. He is son to Linda Gayle and Eddie Charles Gunderson. He was named after Lance Rentzel, who is a Dallas Cowboys wide receiver. When he was just two years old his parents got divorced and he was adopted by his step father. When he was just 12 years old he started his sporting career as a swimmer. In 1992 he competed in triathlons prior to joining the Motorola cycling team. When he was 25 years old he was diagnosed with stage three testicular cancer and he is undergoing treatment. In 2012 he was stripped of his titles and also banned from cycling competitions for life by the United States Anti-Doping Agency after he was protracted in doping scandal.

He was openly criticized by many people for disagreeing with outspoken opponents of doping like Christophe Bassons and Paul Kimmage. Talking about his personal his name has been linked with more than half a dozen celebrities. He dated singer, designer and actress too. He was married to his girlfriend and the couple were parents of three children too but the relationship after marriage didn't went well and the couple get divorced. Currently he is dating his new girlfriend. He have very good relation with his three children.

She was his first wife. They were parents of three children and the pregnancy was only possible because he banked his sperm three years earlier, before he underwent chemotherapy and surgery. Reason behind their divorce is still unknown.

He is the eldest child from his first marriage.

She is gorgeous and she has one twin sister.

She is one of the twin daughter the couple have. She is pretty.

He is the first child from his current relationship. He resembles more like his father.