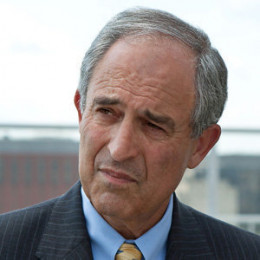 An American lawyer, consultant, lobbyist, author, and television commentator, Lanny Davis served as a special counsel to President Bill Clinton, and was a spokesperson for the President. Davis is currently a Fox News Contributor and has a column called "Purple Nation" that appears regularly in The Hill, The Huffington Post, FoxNews.com, The Daily Caller, and Newsmax. He is a graduate of Yale Law School, where he won the Thurman Arnold Moot Court prize and served on the Yale Law Journal.

He was previously linked to Elaine J. Charney by a marital realtionship. They moved apart due to the personal matter which has not been flashed to the media. Soon after this dissociation he is married to Carolyn Atwell-Davis. He is blessed with four children and resides in Potomac, Maryland with his family. After this marriage none of them have involved themselves in any other kind of relationship affairs. To get in touch with his personal life we can follow him on Twitter @LannyDavis.

His first marriage to Elaine J. Charney ended in divorce due to some personal dispute. There were no any children in this relationship.

Soon after miscarriage of this second relationship he tied the knot to his second wife Carolyn Atwell-Davis. They are living together with their four children. Information regarding children has not been disclosed yet.