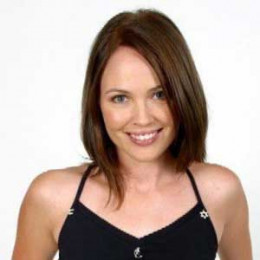 Lara Cox is well known for playing the role of Anita Scheppers in Heartbreak High, Dr. Linda Denman in H2O: Just Add Water.She has also appeared in Voodoo Lagoon and Kangaroo Jack. She has a guest-starred in Home and Away playing intern Dr. Marie during the "Hospital Stalker" storyline. She also worked in the final season of 'Sir Arthur Conan Doyle's The Lost World' as Finn.

Lara Cox was born on 6th March 1978, in Canberra, Australia as Lara Jane Cox. She is an actress, known for her popular movies including Heartbreak High (1994), The Marine 2 (2009) and Kangaroo Jack (2003).She worked as a model before.ecoming an actress.

Lara Cox has also worked in a television commercial for Lunesta in the USA. She worked in 'The Dinner Party', a 2009 Australian film which was released on DVD in the UK in 2010.

Cox also guest-starred in 'Home and Away' playing intern Dr. Marie during the "Hospital Stalker" storyline. She also worked as Finn in the final season of Sir Arthur Conan Doyle's The Lost World.

She also worked in Australian television commercial for 'Hahn Super Dry.' In 2009 she starred in the thriller The Dinner Party.

Lara dated Callan Mulvey, her co-star in 1997 Australian TV series High. They first met on the set of the series and eventually started dating. Their relationship lasted for three years. Currently, Cox seems to single.

Lara must have earned lots of money from her acting career, but she has kept her net-worth secret.