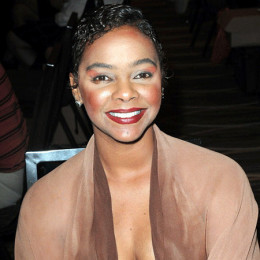 She is an actress, author and model, who came to prominence after playing in Saved by the Bell, as Lisa Turtle. She made her acting debut at the age of two.Till now she has appeared in several music videos and Television sitcoms and soap operas. Both in 1990 and 1993, she won the Young Artist Award. Her birth name is Lark Holloway. She is the daughter of Wayne Holloway and Tricia Holloway.

Her personal life is full of ups and downs. Till now she has been married three times. Her first marriage lasted only for 5 years and she does not have any kids with her first husband. Her second marriage lasted almost for 6 years and has raised a child with him. Now she is married to a man who by profession is a music engineer. Besides all this, she had dated few men in her past days.

His personal details has not been disclosed to the media yet. They have raised a child from their marriage.

He is the third and current husband of Lark, whom she first met at a networking event in 2014.