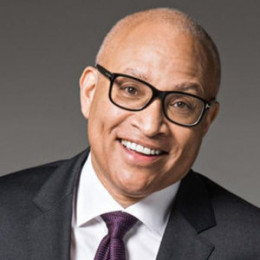 An American multi-talented comedian, Larry Wilmore is currently single. He was previously married to Leilani Jones from 1995 to 2015. He was born to parents Betty and Larry. Larry graduated from Damien High School in La Verne, California and studied theater at California State Polytechnic University, Pomona. He began his acting career in the 1980s on shows "The Facts of Life". Larry also wrote for a sketch comedy In Living Color and a sitcom "The Fresh Prince of Bel-Air".

Larry is also the host of 2016 White House Correspondents' Association Dinner and also wrote a political humor book, "I'd Rather We Got Casinos: And Other Black Thoughts". He has also appeared in movies, including I Love You, Man (2009), Dinner for Schmucks (2010), Vamps (2012), and Date and Switch. Larry was previously married to actress Leilani Jones from 1995 to 2015 and they have two children, John and Lauren.

John has one sister. There is no information about his date of birth.

Lauren has one brother . There is no more information about her date of birth on her parents' bio.