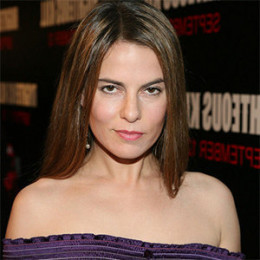 Logan is a producer and actress known for her movies like Righteous Kill, The Iceman, and Undisputed Redemption. She is a daughter of Israeli painter Michail Grobman and art magazine editor Irena Grobman, and sister to Israeli architect Yasha Jacon Grobamn. Lati has collaborated with actress Christa Campbell in 2011 to form a production company Campbell-Gorbaman films. She is the CEO of the company.

Lati Grobman is living with her husband Logan Mader in Los Angeles along with their daughter and four sons. Logan is a former member of Machine head guitarist. They have maintained very low public profile life and much of other information are not available.

Logan is a former member of California based metal band Machine Head. He, together with Lucas Banker co-founded a music production house called Dirty Icon Productions.